Warning about a Dishonest Game Creator

You are here: Home / Warning about a Dishonest Game Creator

To the Second Life Community,

I am the person behind the avatar Ayesha Lytton, the owner of Solace Beach Estates and Black Pearl Games. For the past several months, I’ve been involved in a legal case with significant implications for property rights and ownership in Second Life. Unfortunately, I’m now at a point where my only option is to reach out to the community for help.

Over the last year, I purchased numerous copies of scripted games from Foxyfurman Kumaki of PI Games for use in Second Life. There was no end-user license agreement included with the items, nor any rules or terms of service.  The only contractual terms that came with the games were contained in a document which described itself as a warranty. This prohibited malicious tampering with the scripts and theft of the intellectual property. It contained no restrictions whatever on how the games were to be used or on the business model I could adopt for them.

I used these games over several months to generate significant income from my business. I was making a very substantial income per day from the devices made by Foxyfurman Kumaki – not SL pocket change, enough to help pay RL bills. I engaged in various marketing methods, including sending credits that enabled people to use the games made by him, as well as other games by different creators, for free to try them out. I sent the credits to new customers as well as customers who were referred to me by friends. Replay credits are a normal part of this type of business; I simply gave extra credits to people whether they had played the games at my location before or not. Again this is not unusual; in fact it is a feature in many credit systems including PI Games’ most recent product. The credits were sent to a very low volume of people, 5 to 20 per day a few times a week. I never received any complaints, and in fact numerous people thanked me for the credits.

Unfortunately my success seemed to anger Foxyfurman Kumaki, who also uses the games to generate income for his business. In Sept. 2012, without warning, he activated a remote backdoor within the code to not only disable the games but set them to physical and send them flying around my gaming area. The majority of the games I purchased from him, including Reel Wild, Devil Hunt, Zero Devils, Fire Ball, and others were destroyed and strewn around the games building. Only a few of my Royal Gems and Party Crasher remain operational, presumably because they must not contain the malicious remote access script.

I woke up to my business devastated and a significant income stream lost. I attempted to speak to him in a polite manner, but he refused to negotiate or change his mind in any way. I was advised by several friends with legal knowledge that his actions constituted a criminal act of fraud and computer hacking, and also gave me grounds to sue him for loss of property and income. At that point I contacted a licensed attorney with a SL presence who sent him a formal letter via SL notecard requesting a negotiation and discussion to restore the products. He refused to speak to the attorney and ejected and banned him from his region.

At that point I secured in-state counsel, who again attempted to speak to Foxyfurman Kumaki to open dialogue and negotiation. Once again he was extremely rude and banned her from his sim. She then assisted me in filing a small claims suit. I was able to get a subpoena to obtain his contact information from Linden Lab. I filed the suit, however because he is located out of state and it was a small claims case, I was not able to properly serve him with the suit based on a technicality. This leaves my option as state or more likely federal court.

I then hired a litigator to prepare a case and deliver it to Foxyfurman Kumaki in real life with a request for negotiation to avoid a suit. However, he is still refusing to negotiate a settlement that would even cover my legal fees and restore my games. He is claiming that I maliciously altered the devices, which is impossible because the scripts have no modify permissions. The credits were generated by one device that was created by him, which accepts input from any scripted object designed to communicate with it, including games by other creators which are commonly in use all over Second Life. He never disabled the credits device; in fact I continued to use it for a number of months after the incident until I found a better replacement. He disabled the games I purchased from him, which were not used to generate the promotional credits. This shows his intent to maliciously disrupt my business.

I’m at the end of my rope here. I’ve spent thousands of dollars on attorneys with absolutely no progress. Meanwhile I’ve continued to lose income every day and struggle to stay afloat. The land business is not what it used to be, and I am lucky to break even every month. I’m not in Second Life to make a fortune, at this point I’m really just trying to keep my main sims open and have music and art events to support the creative community. I can no longer afford to hire musicians or do anything but try to scrape by. In real life, I am disabled and not able to work a regular job. I started my business in Second Life as a way of earning income, a dream that was becoming reality, but was dashed by his illegal actions.

I really hate to ask for help, but I don’t know what to do. I can’t afford to spend any more money on this, but it doesn’t seem right that someone should be able to take advantage of others and get away with it because they can’t afford to fight. This case affects anyone who has ever bought anything in Second Life. Many items come with a clear terms of service or license agreement, and that is reasonable. But in the absence of that, a product should belong to someone to do with whatever they see fit. A creator should not be able to take someone’s property after the fact, because they disagree with the usage of a different piece of property. If a creator can take away someone’s purchased property because they decide they don’t like them, or how they run their business, none of us have any protection.   I also know that I’m not the only person who has been wronged by this creator. A business owner should not be able to commit fraud and get away with it simply because they operate online in a virtual world.

I know that the community stepped up before when a business owner was wronged. I’ve been advised that it could cost tens of thousands of dollars to take this all the way through trial. However if I could locate an attorney who would take the case on contingency, I could continue to fight. I’ve been told that I have a strong case, but that it will be costly to fight. I’m hoping that someone will see this who will understand the implications of the case and can assist me with getting a resolution.

HOW YOU CAN HELP

1. If you play SL games, please BOYCOTT Fish Bowl Games and Glitter Valley Games, both owned by Foxyfurman Kumaki and his alt, respectively. If you play there, you are directly supporting his illegal and abusive behavior, so please don’t. If you enjoy the games he created, you can still play them at any other gaming place in SL without supporting him financially. But I encourage you to try games by other creators, there are some great alternatives out there!

2. If you operate a gaming place, boycott future game purchases from PI Games. I understand that you have a player base who enjoy his games and wouldn’t ask you to stop operating the ones you have, but please buy from other creators in the future. My experiences with every other SL game creator have been positive – please support creators who care about their customers and don’t break the law. The only way to stop his abusive behavior is to hit him in the wallet. Remember, this could happen to you, too – do you want game creators to have access to your machines and control over how you run your business? PI Games have a known illegal backdoor – who knows what else he can do with that.

3. Speak up! I know I’m not the only person who has had problems with Foxyfurman Kumaki. If you wish to share your story, contact me in SL or by e-mail and I’ll be happy to post it here.

4. Are you an attorney, or do you know one? This is a case with important implications for virtual property rights.  If you’d be willing to help me keep fighting, please contact me.

Thank you for your time and consideration. Please feel free to contact me in Second Life or at ayesha@shadowsong.com if you can help or know someone who can. Thanks.

Disclaimer: All statements above are either factually true or my informed opinion based on my experiences with this individual. They fall under First Amendment protections for free speech. 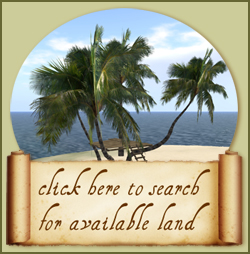